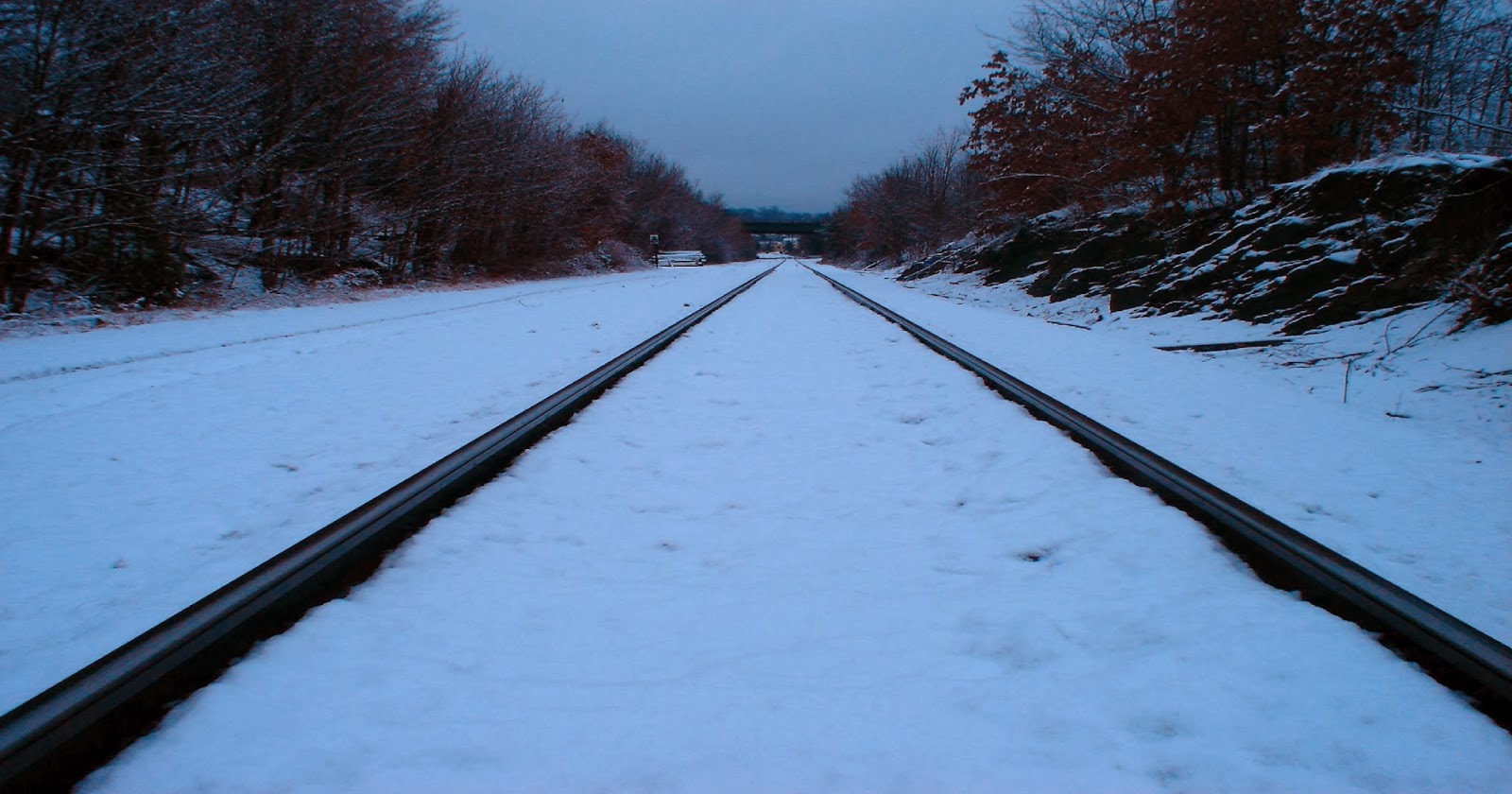 I struck a match and left.
It's how I go.

There's an exploratory detail imbedded in the words that soaks down into the later lines. And there's an unspoken danger in the brief length; what, other than a world of possibilities, can we imagine from the speaker as to how he or she goes?

With The New Poet, gathering ten poets on an island of a website, there's a similar attention to detail–the detail of possibility. The strength of the poems in this debut issue rest on the corner of unbound outcomes. The imagery is swift, concrete–the anticipation unchecked.

The New Poet was started to find poems that would inspire readers to create more, to create anew. Every submission contained this essence of possibility, and I believe the contents of this first issue hold their ground individually and as a whole.

I hope you enjoy reading the work of these ten poets. It's been a pleasure to compile this issue, and I look forward to what the future holds for each New Poet. To continue reading, follow this link to The New Poet: 1.

Hot and silent as August, desiccated bugs on the sill, its shut windows
beg to be opened when we arrive carrying eggs, milk, greens,
eager to throw out last year’s cinnamon, wipe the horizontals, set tomatoes
on windowsills painted blue, red, banana yellow, when we come,
ready to cruise unfamiliar roads, ready to wave
and pretend we belong, will be in residence after the first frost when
the antique junk is brought in from roadside tables and the music barn
shuts its doors, when July’s handbills tatter on phone poles and bulletin boards.
Displays at this new general store demand more attention for their odd
black cohash and golden seal. Gravel here spins more wildly
from under our wheels. We smell more deeply the country smells:
manure, rot and pine and from the tourists’ candle stores, the myrrh
and grapefruit, creamy, intimate patchouli. We dream deeper
here in someone else’s town, in a key-on-a-paper-tag rental, this salt box,
quasi-Georgian, Craftsman with its novel armchairs, throw rugs we’d love to own.
Here, we think, we could learn to bake, speak Russian, finally come home.

Wendy Taylor Carlisle is the author of two books of poetry, Reading Berryman to the Dog and Discount Fireworks, and two chapbooks. See more about her work at wendytaylorcarlisle.com.

The Music of the Names

You could say those tough Italian kids
with the big coglioni and the pretty names–
Diorio, DelVechhio, Policarpio–
taught me to love poetry.
If you told any one of them
he had a pretty anything,
you would get a metaphor
for your trouble:
a knuckle sandwich,
a brand new asshole,
your ass kicked into next week.
Of assonance they were overly fond,
those Roman poets spouting
their smoke-rings out behind the junior high,
every rippling zero making
nothing happen,
though each one
was beautiful,
like the music of their names
ringing out in the air
with those decrescendo O’s.
If you asked any one of them
where that music came from,
he would say from his father.
And his mother assumed it. It was
assumed. In a way
it was like the coglioni.
In a way it was in the coglioni
you could say.

Paul Hostovsky is the author of three books of poetry, Bending the Notes, Dear Truth, and A Little in Love a Lot. His poems have won a Pushcart Prize and been featured on Poetry Daily, Verse Daily, The Writer's Almanac, and Best of the Net 2008 and 2009. To read more of his work, visit him at paulhostovsky.com.

I am a fair haired and gray eyed force of nature

unforgiving
like the rocky shores of the ocean of my birth

I come at you clothed in seaweed
a rage, a passion, a storm

floods, erosion, mistral winds, snow.
I have brought you gifts

and I shall have my revenge

there will be no boxing of the compass this time, sailor,
Valkyrie of the surf and the surge,
clamshells and barnacles my swords
I shall drag you to the hell of the ocean’s floor

In Brunswick I will be your sea witch
the perfect storm, a gray goth maelstrom that
brings snow to the skies and ice into your veins

you will freeze and drown here, Captain,
mark it

I come to you an omen, bearing a message
my words a howl, on bean sí gales

the great queen is coming, there is blood on her skirts
that will wash away with the seafoam
there is a frozen monsoon coming for your ship
and nothing in nature can stop her


Allie Marini Batts is a New College of Florida alumna, meaning she can explain deconstructionism, but cannot perform simple math. Her work has appeared in over thirty publications her parents have never heard of. She’s pursuing her MFA degree at Antioch University Los Angeles and oh no! it’s getting away!

The Woman Defends Her Fatigue
What would I do
with a body
scoured of it?
What griefs,
uncertainties would rush in
to stake the emptiness?

Shush,
this is the life
that knows me,
and all my mothers before me.
There are stranger companions than mine.

Andrea Potos is the author of three poetry collections, including Yaya’s Cloth (Iris Press) and Abundance to Share With the Birds (Finishing Line.) Another collection, We Lit the Lamps Ourselves, is forthcoming from Salmon Poetry in early 2012.

This Poem, Unwritten Once Before

The word you’re looking for is
indictment–
no–
vindicated–
no–

There is no history on a

the lines disassemble
the faster you go, so who can say

when a bullet left the factory, or
the inscription “always choose

a target” was etched on the handle?
Cliché, this underwear drawer dilemma.

The unseen is always in us,
so blame
human nature:
we are wired to crave

detail: what
does the hole look like,
can you see
straight to the bone?

Depends where you shoot. The word
heal is misleading; fall to your knees

enough times and kerfs will bloom
like peonies. A garden is a good

place to hide a weapon. People
will suspect the bees

if something goes awry.

Lana Rakhman has current poems published or forthcoming in Psychic Meatloaf, Jet Fuel Review, Poetry South, and others. She is the poetry editor for TriQuarterly Online, and has an MFA from Northwestern University.

Falling Man
After the photograph taken by Richard Drew on September 11, 2001.

Because he'd rather fly than burn
he tossed himself into the ghost-jet
of the morning.

The silence a fist to his ears,
he thinks about how Tuesdays
aren't good for dying,

how the burnt coffee
from breakfast
still bites at his tongue.

Who knew seagulls could
make such great halos
with the way they choke out the sun?

He begins ticking off the floors,
as he plunges past the windows sputtering
on their mirrored rods like earrings
on the torso of the building.

He passes the floor where Maria
with the long legs would spin
in her cubicle, keyboard chattering.

Where the nameless
accountant would glow before numbers
in his fish tank corner.

Where the kid janitor plunged
his wrists into plumbing, slicing
his finger on the porcelain.

Mouth open, he can taste the hot suck
of wind, slapping his skull
with dizzy invisible gloves.

His white shirt
peeling back like an eyelid,
hurtling towards the sky.

Alexis Sellas earned her MFA from Florida International University in Miami. Her poems have been published in New Letters and Folio. She lives in Staten Island, New York with her husband and her daughter.

Florida
You will love again the stranger that was your self.
–Derek Walcott

Because we were young our bodies

were tough as alligator hide

and flexible to the max, keeping us going

deep into the night—loading boxes

of grapefruit and oranges onto the railway cars,

serenaded by the melodies of mosquitoes

and the precise teamwork we grew proud of.

and what was then called Colored Town—

of palm fronds, and when the last of the boxes

were stacked I headed in the direction of Delray,

making it a point to always pass the shack

with the white picket fence that needed a wash,

to wipe the sweat of labor off my face.

Tim Suermondt is the author of Trying to Help the Elephant Man Dance (The Backwaters Press, 2007) and Just Beautiful from NYQ Books, 2010. He has published work in Poetry, The Georgia Review, Southern Humanities Review, Bellevue Literary Review and Prairie Schooner, and he has poems forthcoming in Tygerburning Literary Journal and Stand Magazine (U.K.). He lives in Brooklyn with his wife, the poet Pui Ying Wong.

The dog's barking woke them–
a cobra had entered the house

and now, reared up, hood flared,
the snake stared down the barking dog,

who snapped and pawed and feinted.
Roy, from Chicago, froze.

His machete leaned near the door
the cobra guarded.

Yu, from Chiang Mai,
came from the bedroom yawning.

With a straw broom,
she swept the snake from the house.

room. Is good luck, she told him, and fell
back to sleep within minutes.

Roy couldn't sleep. He sat with the dog.
He watched the day dawn.

He was close to forty.
In two months he would be a father.

What could he teach a child?

Tim Tomlinson is a co-founder of New York Writers Workshop, and co-author of its popular text, The Portable MFA in Creative Writing. Recent work appears or is forthcoming in Asia Writes, InterlitQ, Mandala Journal, Prick of the Spindle, riverbabble, Pank, New York Quarterly, and Long Island Noir (Akashic Books). His poem “Blue Surge, with Prokoviev,” in Sea Stories, is nominated for Best of the Net 2011.

dear simon warren, thank you for your recent letter.
i enjoyed it the same way i enjoy reading bruno
schulz whose prose is so beautiful it makes me cry.
interestingly, his stories began as letters sent
through the post. i will tell you about the time i
traveled with my mother by lonely bus to see her
mother whom i had never met. the bus stopped at a
cafe where we had supper. i saw a hunk of pie
under a glass cover. my mother said the pie was not
fresh. she saw what i could not, the dissolution that
comes with age, but how i wanted it, that pie. back
on the bus, the road winding behind us like dirty
ribbon, i was sick, for i had eaten the pie. i lost it,
the whole sour mess, so at the next stop she washed
my hair, my long hair, with harsh soap, and it was
so brittle afterwards it broke and clogged the brush
and had to be cut off. i was naked without my hair;
i was not myself without it. did i say how much i
wanted that pie… yesterday i remembered all of
this as i drove past an abandoned farmhouse
shedding its white paint, its windows smashed, a
satellite dish on the roof, and i thought, somebody
lived here once.

Theresa Williams has poems and stories published or forthcoming in many magazines, including Barnwood, Chattahoochee Review, Gargoyle, Midwestern Gothic, Prime Number, and The Sun. “Like Reading Bruno Schulz” is part xix of her collection, The Eternal Network. Her novel, The Secret of Hurricanes, was a finalist for the Paterson Fiction Prize.

As a child, I held the notion that the dogwood planted
in our front yard was my age in tree years.
So I wrestled it every morning when my mother
watered her azaleas;
I stood, stubby howler in the boughs, trying to
shake dew
down like rain from its green limbs.

Axel Wright graduated from Georgia Southern University with a Bachelor of Arts for Writing and Linguistics. His work has been published in two University publications, The Miscellany and The Clapboard House.